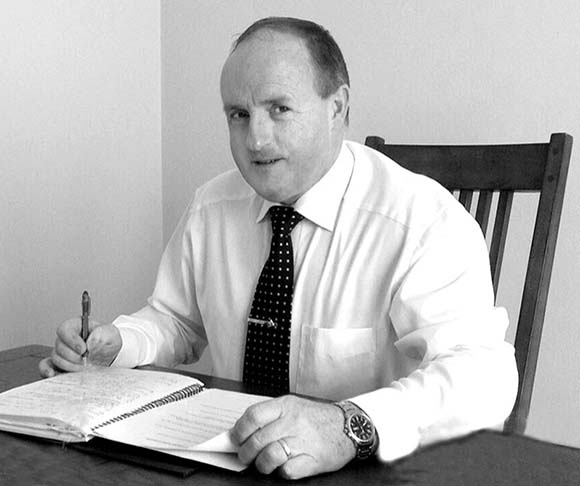 John Mc Fadden, joined An Garda Siochana in 1980 and was appointed to the Louth Division. He served in a number of Garda Divisions until his promotion to the Rank of Superintendent

On promotion to Superintendent in 1998, he took charge of the ‘Student/Probationer Garda Training school’ Garda College, Templemore.

In 2000 he was appointed as District officer to Ballyshannon and to the Northern Region as Regional Traffic Superintendent from 2007 to 2011.

John completed the ‘Competency based Interview Training Programme’ provided by An Garda Siochana and sat on interview boards for internal appointments. Apart from undertaking many Garda Professional Development Courses, John holds a BA (Honours) degree in ‘Public Management’ from the Institute of Public Administration and a ‘Masters in Human Resource Management’ (Honours) from University of Limerick.

On retirement John completed a ‘Train the Trainer’ course achieving a ‘Distinction’ from Fetac.  He also undertook ‘Conflict Resolution Education’ delivered under ‘Sligo Mediation Training Programme 2012’. In 2015 John also completed the ‘Start Your Own Business Course’ with the Donegal Local Enterprise Office. John has also served on An Garda Siochana Examination correction panel for correction of ‘Garda Sergeants and Inspectors examination papers in 2013 and 2014’.